On the 12th of April, two Zeta sicarios attacked, shot in the head, and killed a flower vendor in CD Victoria. They were chased by State Police. 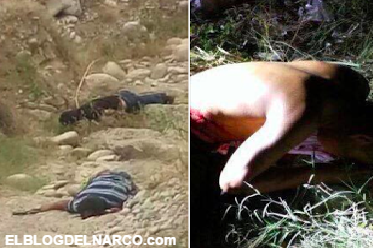 And crashed their vehicle into a dry steam bed and fled on foot. The State Police surround them on the higher ground and kill the sicarios who opened fire on them. The State Police also detained a further two men. Fires were set at various points around the city in an alleged response by the group the men belonged to.